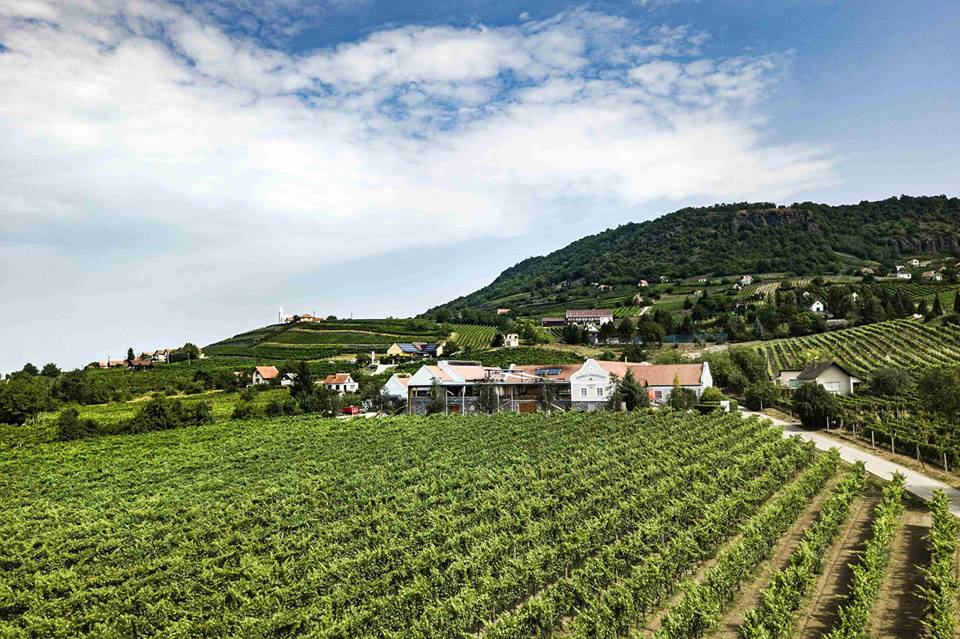 The Tornai family has been dealing with winemaking since 1946 on Mt. Somló

The Mt. Somló, a mountain that rises sharply out of the flat area. Endre Tornai, the founder, started viniculture and winemaking on a one-acre vineyard. Today the land measures 54 acres and it is the third generation now that is engaged in the everyday tasks of the wine-cellar.

The ars poetica of our business, besides respecting traditions, is the use of state-of-the-art winemaking and processing technologies. The Tornai Winery as the dominant winery of Mt. Somló, based on several decades of experience, is the initiator and supporter of the wine-production co-operation of the region. We do this so that the wines of Mt. Somló can preserve their values both on a national and international level.

Somló (German: Schomlau, the corresponding adjective, meaning of Somló as in wines of Somló in Hungarian is: somlói) is a 832 hectare wine region in the Veszprém and Vas counties, in the North-West of Hungary. Most of the region is situated on the slopes of an extinct volcano, crowned by the ruins of an 11th-century castle, overlooking the plain. The wines of Somló, exclusively white, are made out of the grape varieties Hárslevelű, Furmint, Juhfark, Welschriesling, Traminer and Chardonnay. Some Sylvaner is also grown in the region. While traditionally the region consisted of large vineyards of rich aristocrats and religious institutions (E.g. the Archabbey of Pannonhalma), now it is predominantly small plots, many of them belonging to part-time or hobby vintners, that rule the landscape.